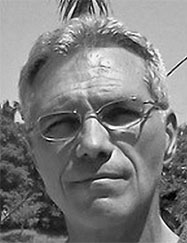 In the last fifty years of AHS football, there have been only a select special group of players that could match the toughness, size, athletic ability, and all-around football skills of Attleboro High’s Bob Aussant. After being a rare sophomore starter at linebacker for a powerful 1961 squad, Aussant as a junior and senior became the Bombardiers’ main weapon as two-year force at linebacker and fullback. At 6’0, 195 lbs., Aussant was a physical specimen demonstrating size, speed, and power as a vital cog in either the AHS running attack, or as a punishing tackler for Attleboro’s defense. During a big win over state power New Bedford during Bob’s junior season, Aussant “spearheaded the Attleboro ground game on two dazzling TD runs of 35 and 40 yards”. In the Sun Chronicle’s preview of AHS’s annual clash vs North Attleboro, it was written as: “As Attleboro prepares for their Turkey Day showdown, top notch FB/LB Bob Aussant leads the Blue Bombardiers against their rivals”. Because of Aussant’s efforts, AHS stunned the crowd with a 6-6 tie against a season-long dominant team from North Attleboro.

During Aussant’s senior year, the AHS captain shined in a victory over Billerica High School with a “highlight- reel” 70 yard TD run. From a Sun Chronicle story covering the Bombardiers, “SR fullback Bob Aussant, one of the top ball carriers in the Bristol County League, took the AHS ground game into his own hands in leading the charge in defeating Coyle Cassidy”. In Aussant’s last game as a Blue Bombardier, AHS rode the “bulldozing running of Bob Aussant” that helped pave the way for an AHS 14-6 victory over the Red Rocketeers. Accolades taken home by Aussant capping his career included being named a two-time Sun Chronicle All-Star, Bristol County League All-Star, and winner of AHS’s best male athlete award winner during his senior year. After graduation, he attended Central Connecticut State University, and went on to have a 37 year teaching and coaching career at North Attleboro High School.

Trackback https://www.attleboroareafootballhof.com/hof/4848/a4c/trackback
Up Down Print
?