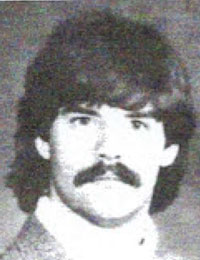 Chris Alderman, a two-year starter, was one of the best defensive ends in North history. At 6'3" and 185 pounds. Chris was credited with 41 tackles, 7 assists, and 7 quarterback sacks as a junior. A year later and 25 pounds heavier, he added 53 tackles, 31 assists, and two blocked punts to a brilliant record. He was a two-year Sun-Chronicle All-Star and was named to the Hockomock League all-star team as a senior. Chns, an outstanding student, went on to perform equally well at Brown. where he was a regular on the Bruin defensive line in his junior and senior years.

Trackback https://www.attleboroareafootballhof.com/hof/3393/595/trackback
Up Down Print
?