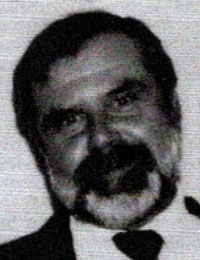 During the early 60's North established themselves in the Bristol County League as a team that would contend for a title. Dan Adinolfi was a mainstay on the offensjve and defensive lines during this era. Dan gained valuable experience as a sophomore playing along side of Hall of Famers Ray Beaupre, Bob Guthrie, and Terry Maloney during the 1960 season .

In his junior year Dan's experience helped lead the Rocketeers to a Bristol county League Championship. He and his linemates had great defensive games against Coyle and Attleboro. North was seeking their first victory against Coyle since entering the Bristol County League. In a tough fought 8-6 North win Adinolfi came up big on a fourth and two situation stopping Coyle's late game drive at the North 15 yard line. The underdog Rocketeer's defensive front was again outstanding against Attleboro. Dan was an important part of a defensive surge that stopped the powerful Attleboro offense time after time preserving another 8-6 victory.

As a senior Adinolfi's blocking ability was a key factor in leading North to an undefeated season. The big tackle was continuously opening holes for the Rocketeer running backs. Dan continued his football career at the University of Massachusetts after graduation.

Trackback https://www.attleboroareafootballhof.com/hof/3333/8b2/trackback
Up Down Print
?