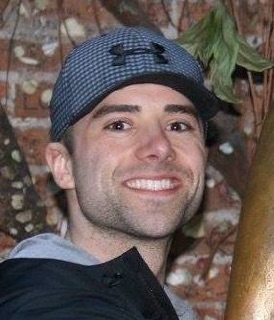 As a young sophomore on the 2006 edition of the Blue Bombardier football squad, Tyler McCarthy made his impact on all the special teams as a reliable tackler, cover-man, and returner. As a junior, Tyler shared carries in a lethal Attleboro backfield tandem alongside fellow hall of famer then sophomore Matty Campbell. Tyler was the 2nd leading rusher with 492 yards rushing, 12 receptions for 116 yards and 9 total touchdowns. He also played a lockdown corner often being matched up with the opponent’s top wide receiver, while being as sure a tackler of any player on the Bombardier defense having 48 total tackles and one interception. Against the Red Raiders of Barnstable, McCarthy had 16 rushes for 100 yards and 2 touchdowns. In the final game of his junior season, Tyler gave a preview of the kind of productivity his team was in store for the following year when he led the team with 7 receptions for 91 yards and a touchdown against North Attleboro. Coming into his senior year, McCarthy was being billed as one of the top all-around weapons and complete players on both sides of the ball in the entire area. Once again, McCarthy was a crucial part of head coach Kevin Deschenes’ powerful Wing-T attack that averaged over 260 yards rushing and nearly 30 points per game. Against an always powerful Bridgewater-Raynham team, Tyler got the night going in style with a game opening play 80-yard TD run. In another game versus the Whalers of New Bedford, McCarthy had 103 yards rushing, 41 yards receiving, two touchdowns, an extra point kick, and two 2-point conversion rushes. In another outstanding performance versus Durfee High School, McCarthy had 104 yards rushing, 2 touchdowns, 2 extra-point kicks, and two more 2-pt. conversion receptions. Tyler ended his high school career in style helping lead the Blue Bombardiers to an emotional victory over North Attleboro on Thanksgiving. By the end of his senior season, Tyler increased his offensive production in every category. He ended up with 529 yards rushing, 177 receiving yards on 15 receptions, 9 total touchdowns, and 10 PAT’s in helping Attleboro to an impressive 9-2 record with their only losses coming at the hands of two undefeated teams. McCarthy had an equally impressive year on the defensive side of the ball with 32 total tackles from his cornerback spot with three interceptions and 2 fumble recoveries. Tyler was rightfully honored as a senior with selections as an Old Colony League and Sun Chronicle All-Star.