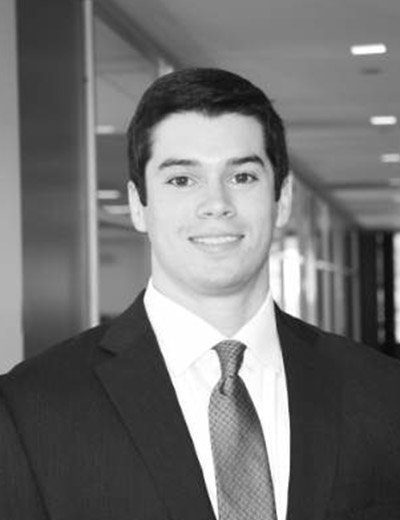 Paul McCarthy excelled on both sides of the ball for the Red Rocketeers. As a free safety and then quarterback, Paul was one of the most impressive and accomplished players to go through the storied Big Red program. His intensity and drive helped to guide the Rocketeers to a 10-1 record in his senior campaign.

As a junior, Paul played primarily on the defensive side of the ball and he was immense. He helped to anchor a defense that allowed a mere 12 points per game, including 3 shutouts. According to Head Coach Don Johnson, “Paul was perhaps our best downhill safety ever in the run game. He had quick reactions and was a physical tackler.” Those quick reactions led to McCarthy being the team’s leading tackler (39 tackles + 8 assists) despite missing the team’s final two games due to a broken wrist.

As a senior, McCarthy brought his skillset to the offensive side of the ball and the results were record breaking. As an elusive runner and mobile passer, Paul led a Rocketeer offense that was difficult to stop. Big Red would go on to average 35 points per game (385 total points – a school record) with a high of 55 points on Thanksgiving Day. As a dual threat quarterback, Paul would rush for 462 yards (7.2 yards per carry) and 6 touchdowns, and he would complete 60% of his passes for 1460 yards and 21 touchdowns (both school records at the time).

Paul may have saved his best game for his last. He would help lead the Rocketeers to a 55-36 victory over Attleboro and his contributions to victory couldn’t be overlooked. He completed 14 out of 21 passes for 264 yards and two touchdowns. He carried the ball 6 times for 51 yards and two more touchdowns. It didn’t end there – from his safety position McCarthy intercepted a pass and raced 66 yards for a touchdown with less than a minute remaining in the first half. The day concluded with Paul being awarded the Balfour Trophy as the game’s offensive MVP..

For his efforts as a senior, Paul was selected as a Sun Chronicle, Hockomock League, and Boston Globe All-Star. After graduation, Paul attended Trinity College where he earned his BS in Economics. He currently works as an Analyst at Guggenheim Partners in New York City.