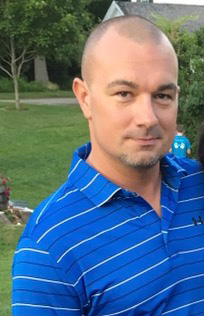 Justin McGowan wasn’t the fastest or the strongest, nor did he have the best arm or the most talent of Bishop Feehan quarterbacks through the years. But few Shamrock field generals were smarter, more mentally tough, or more reliable. He was, in short, the consummate teammate and an exceptional winner.

McGowan played in the North Attleboro Pop Warner program, but followed in the footsteps of his brother Ryan in attending Feehan. After quarterbacking the freshman team and spending his sophomore year backing up Hall of Famer Chad Carges, McGowan was tabbed the starter in his junior year by coach Gary Doherty after a competitive battle for the job. With Hall of Famers Joe Gazzola and Renato DePaolis shouldering most of the burden, McGowan was able to ease into calling the signals with a dominating 28-0 win over Stoughton to open the 1997 season.

After a 7-6 loss to North Attleboro and a scoreless tie against Coyle-Cassidy, the Shamrock offense broke through in a 28-12 conference win over Attleboro, with McGowan throwing two touchdown passes, 45 yards to DePaolis and 5 yards to Gazzola, as well as two conversion passes, one to Hall of Famer Mike Cataldo. He threw two more touchdowns against Dartmouth, one against Bishop Stang, another in a shutout over Oliver Ames, and two more in an EAC-clinching 49-6 win over Somerset.

McGowan finished the season with 12 touchdown passes, constantly hooking up with DePaolis, including a 40 yard connection in the Super Bowl at Nickerson Field. That night, he led the Shamrocks to their first-ever Super Bowl championship in a 26-7 win over Duxbury, in which McGowan topped the 1,000 yard passing mark.

Back for his senior season in 1998 under new coach Steve McGonigle but without the same big-play rushing attack, McGowan took on more of the load in Feehan’s triple-option offense. His senior season began with a disappointing 19-6 loss to the Red Rocketeers, quarterbacked by his brother, Hall of Famer Patrick McGowan, in the first game at Feehan’s McGrath Stadium. A win on the road at Coyle-Cassidy was overshadowed by losses to Attleboro and Durfee, and the young Shamrocks were struggling. However, McGowan led a comeback in Dartmouth, scoring two rushing touchdowns, including one with 15 seconds to play, as Feehan tied their conference foe 14-14.

McGowan scored another game-winning touchdown against Stang and found the end zone again in a 28-0 drubbing of Somerset. The senior saved big performances for the final two games of the season, throwing the game-winning two-point conversion pass to Hall of Famer Scott Connelly in a 21-20 upset of Whitman-Hanson. On Thanksgiving Day, McGowan, according to the Sun Chronicle, “ran the option-fake play to perfection,” rushing for 95 yards and one touchdown and guiding the Shamrocks to a 42-6 victory over Malden Catholic. Finishing at 5-3-1, McGowan was awarded the Balfour Trophy and was named a Sun Chronicle All-Star.

McGowan attended Bentley University, where he played for two seasons on the Falcons’ football team and graduated in 2004 with a degree in Economics-Finance. He lives in North Attleboro and is employed as a senior manager of finance at Siemens Healthcare. Probably his biggest fan during his playing days, besides his parents and his two brothers, was his grandmother Shirley Parker, who attended almost every game he played in. These days, he is a beloved uncle to his niece Michaela and his nephews Andrew, Jonathan, and Christopher.