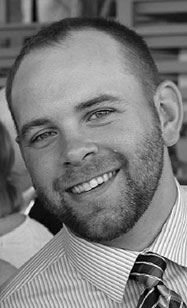 In the talent-rich tradition of the North Attleboro football program, historically a high percentage of the team’s 22 starters each season are typically seniors, periodically some will be juniors, but rare is it for a sophomore to step into a starting role for the Big Red. Yet in 2005 that’s exactly what Mike Hart did at offensive guard, and as a two-way player and 3-year starter Mike would go on to establish himself as one of the best defensive lineman and athletic pulling guards in the history of Big Red football.

A three-sport athlete, Mike used his quickness on offense to compensate against larger opponents across from him, paving the way for hall of fame running backs Robbie Vaughn and Anthony Sherman’s combined 28 TDs over the ‘05 and ’06 seasons. In 2007, the 6’2, 202 lb senior tri-captain was the key cog in an efficient and powerful offensive line that created holes for Elijah Harris’ 1,100+ yards rushing season. Overall, that well-balanced squad would generate 2,200 yards rushing, 500 passing yards, and 30 TDs.

Defensively, as a tenacious defensive tackle Mike had a hand in 76 tackles, 6 sacks, 2 fumble recoveries, and a safety. His presence as a junior was so valuable that North foes scored only 98 points all season. As a senior, he was the major force of the Rocketeer 4-man defensive front that dominated the line of scrimmage while holding 6 opponents to one TD or less.

Post season awards were aplenty for Mike. Twice he was selected to both The Sun Chronicle and Hockomock League All-Star teams, the Boston Globe named him to its Division 2 all-star squad his senior year, and he was also voted the Big Red’s Defensive MVP. Mike played with a quiet intensity; he led by example rather than words, and his teammates voted him as the senior whom they were most proud to call their teammate. Noted Mike during the final week of his high school career: “What I’ve really learned is that no matter who we’re playing, or what quarter it is, or what the score is, you have to come out and play hard every play”. It was that very focus and determination that led to Mike receiving the 2007 Paul Sullivan Offensive Lineman Award, presented annually to the senior Rocketeer lineman who through his actions on the field exemplifies the motto “It’s all about Heart” – a most appropriate award for 2015 Hall of Fame inductee, Mike Hart.