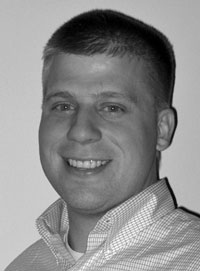 Coach Paul Sullivan once said “When I first saw him as a freshman, I knew he was going to be an outstanding football player.” That may be an understatement in describing Dan DeBiasio, a two year two-way starter at running back and defensive back for North Attleboro. Coach Sullivan later said “he has great speed, great instincts, and he’s a tough kid. He’s a real gem for us.” Most importantly, Dan’s talent played a key role for the Rocketeers in an unbelievable three-year stretch that saw them claim three consecutive Hockomock League and Eastern Mass Superbowl Championships while compiling a 33-1 record, and a 30-game winning streak that would continue after Dan’s graduation.

During his senior season in 1999 Dan led the team with 106 carries for 780 yards and 11 touchdowns, averaging over 7 yards per carry. He also proved his versatility as the team’s leading receiver hauling in 15 passes for 381 yards and another 5 touchdowns (an outstanding 25 yards per catch). Dan accounted for another 285 yards on punt returns, intercepted 4 passes on defense, and led the team with 120 points scored. When considering that he shared the backfield with fellow hall-of-famers Jared Perkoski and Ryan Harney, Dan’s team-leading statistics are even more impressive.

Against Foxboro his senior season Dan’s dominating performance led Big Red to an impressive victory and clinched the Rocketeer’s third straight Hockomock League Championship. Dan rushed 7 times for 57 yards and 1 touchdown, caught 2 passes for 79 yards and 2 touchdowns, and returned an interception for 64 yards and a touchdown on the last play of the first half.

In his impressive three Eastern Mass Superbowl appearances, Dan’s team enjoyed a 20-14 victory over Swampscott in 1997, a 33-14 victory over Attleboro in 1998, and a 26-6 victory over Rockland in 1999. Against Rockland Dan rushed for 113 yards and two touchdowns while catching 2 passes for 51 yards. He also stopped Rockland’s comeback chances in the third quarter when their premier running back broke free on a long run. Dan chased him down and stripped the football from behind, forcing a fumble which North recovered.

After his senior season Dan was named to the Hockomock League, Sun Chronicle, and Boston Globe All-Star Teams. He was named the Rocketeer’s Offensive Most Valuable Player, and joined his brother and fellow Hall-of-Fame member, Mark, as a recipient of the prestigious National Football Foundation Scholar-Athlete Award.

After graduating from NAHS Dan continued his playing career at Worcester Polytechnic Institute and received a Bachelor of Science in Electrical Engineering in 2004.

Trackback https://www.attleboroareafootballhof.com/hof/619/678/trackback
Up Down Print
?