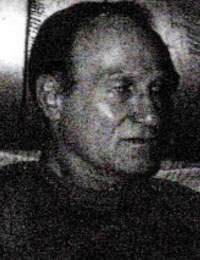 Adam Difilippo was a tough two way player for the Red Rocketeers during the seasons of 1950 and 1951. The 5'9" 190 pound bruising fullback was a relentless runner carrying much of the offensive load for the North team. Defilippo was the team's go to man in short yardage situations. His hard hitting style kept many drives alive for the Rocketeers.

Adam had notable performances in two of North's four victories during the 1951 season. In a surprising 7-6 upset of a previously undefeated Stoughton team Difilippo's powerful running accounted for all of North's points. He was also outstanding in scoring two touchdowns in a 24-20 victory over Dartmouth. Shortly after this performance a newspaper article said, "Difilippo seems to become a more powerful runner as the season progresses. When he puts his head down and drives there are few high school tacklers who can stop him short of three or four yards."

When the opposition had the ball Difilippo was constantly involved in the action. From his linebacker position, if he wasn't making the tackle he was knocking down passes or blocking kicks. His best performance on defense may have been on Thanksgiving Day in 1950. In a 13-7 loss to Attleboro Adam blocked two kicks, returned one for a touchdown and was in on a good percentage of tackles from his linebacker position.

Trackback https://www.attleboroareafootballhof.com/hof/3291/127/trackback
Up Down Print
?