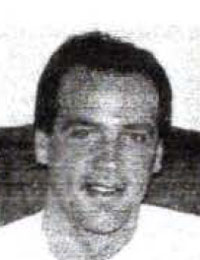 Gary Carter was as quick and fast as any defensive tackle North has ever had. The 6'0 190 pounder was a defensive standout for North in 1975 and 1976.

After gaining valuable experience his junior year Gary anchored a rough defense for Ray Beaupre in his first year as head coach at North. Carter established himself early in the season as a premier defensive tackle, with an outstanding game against Sharon. His speed and agility enabled him to put constant pressure on the Sharon quarterback throwing him for losses four different times.

Carter was also outstanding in one of North's biggest upset victories, he led his team to a 21-20 victory over undefeated Mansfield. His defensive bursts helped stop the big Mansfield backs and were a rallying point for his defensive teammates.

In his final game in a North uniform, Gary was immense during a goal line stand in a 13-7 win over Attleboro. Gary was recognized for his defensive accomplishments by being selected to both the AII-Hockomock and Sun Chronicle All Star Teams as a defense tackle in 1976.

Trackback https://www.attleboroareafootballhof.com/hof/3379/11e/trackback
Up Down Print
?