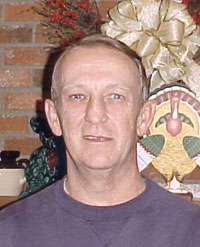 In 1964 Steve Stack entered North Attleboro High School as a talented young athlete who could throw a football a long way. It didn’t take long for the talented Stack to break into North’s starting lineup as their quarterback. The Red Rocketeers had not scored in their first two games so Coach Art Post gave Steve the starting nod against Bishop Feehan. The young quarterback went 6 for 10 passing for 132 yards in a 12-6 loss to Feehan.

As a sophomore Steve really came into his own. Against Taunton in an 8-8 tie Stack ran for North’s only TD and rushed for the 2 point conversion to tie the score. A week later against Feehan in a 6-6 tie, his passing led to North’s only score and his punting helped win the battle of field position for the Rocketeers. In a 35-13 win over Durfee Steve threw a 60 yard TD pass and ran for another. In a Thanksgiving Day upset Stack led North to a 14-6 win over Attleboro. He ran for one score and threw a 40 yard pass to set up the other.

An automobile accident sidelined Stack most of his junior year. He bounced back strong as a senior throwing 10 touchdown passes. Steve threw two in a 13-7 victory over Stang, two in a 14-13 loss to Coyle and two more in a 28-18 win over Voke.

In addition to his prowess on the gridiron Steve was also an excellent pitcher for North’s baseball team. Amazingly, he was the winning pitcher in a 22 inning marathon against Durfee, and yes, he pitched all 22 innings and no one was counting pitches.

Trackback https://www.attleboroareafootballhof.com/hof/761/9dd/trackback
Up Down Print
?