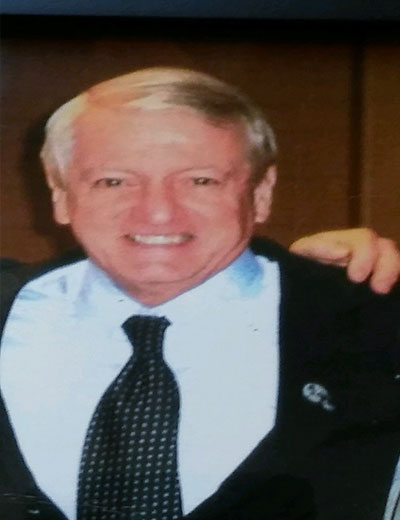 When Kevin Deschenes was named Attleboro High School head football coach succeeding Hall of Fame coach Cliff Sherman in 2002, he quickly had to fill out his assistant coaching staff for his inaugural season. One of his last hires was a gentleman with a long and distinguished resume coaching football all over Eastern Massachusetts for over four decades. Wayne Simarrian was the key veteran presence on Deschenes’ otherwise young and relatively inexperienced coaching staff. Prior to coming to AHS, Wayne coached 16 years at King Philip High School, 4 years at Norwood High School, 5 years at Dean College, one year at Bryant University, and 8 years in the semi-pro Eastern Football League with the Middleboro Cobras. Prior to coaching he starred in football at Dean College (where he is in their hall of fame) and then on to Central Connecticut State University.

When AHS gained his services as an assistant coach, they had no idea what a find it was! Over his eleven years as assistant coach with the Blue Bombardiers, he served as defensive coordinator, special teams coordinator, offensive line, wide receivers, running backs, and linebackers’ coach. Wayne having such versatility in coaching the fundamentals and techniques to so many different position players, he was a vital presence to every aspect of the football program. Every year, opposing coaches knew when facing Attleboro, they would go against his well-prepared, hard-hitting, and aggressive defense that would routinely keep Attleboro in position to win each contest. His dedication and commitment went well beyond the in-season grueling schedule of practices, meetings, and games. Coach Simarrian was a constant presence at every high school football coaches’ clinic, conditioning workouts and 7 on 7 passing league games during the summer, and youth football coaches and players’ instructional clinics over the years. During his tenure serving the Attleboro High School athletic community, his impact was made on hundreds of players and coaches whose lives were touched by Coach Wayne’s never-ending positive and enthusiastic personality. We are all better players, coaches and people for those who had the honor and privilege of working alongside and for Coach Wayne Simarrian.

Trackback https://www.attleboroareafootballhof.com/hof/5179/c52/trackback
Up Down Print
?