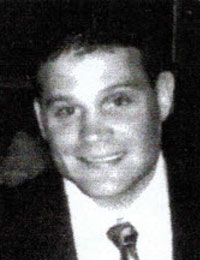 As a quick and talented fullback in the famed North Attleboro Wing-T offense, Randy Silvestri set the standard for all who followed. His speed and deception while running the trap play provided for one of the greatest performances by a sophomore on Thanksgiving Day. In that 1987 game, Silvestri rushed for over 100 yards on just 14 carries and scored 3 touchdowns in the first half, leading NA to a 34-0 shutout of rival Attleboro while taking borne the Balfour Trophy as the game's outstanding offensive player.

In his junior season, Randy was a key contributor on both sides of the ball, rushing for nearly 700 yards on offense and making over 40 tackles on defense. Silvestri saved his best for the big games - leading Big Red to a fmishing the season with an outstanding 2 touchdown performance in a tough 18-14 Super Bowl loss against Foxboro.

As a senior, Randy was the leading scorer and rusher on an 8-2 team. He rushed for over 750 yards and scored 11 Td's, while also being involved in over 40 tackles from his outside linebacker position on defense. Again on Thanksgiving Day, Randy Silvestri proved to be a thorn in the side of the Blue Bombardiers. In an impressive 62-14 North victory, Randy carried the ball 13 times for 132 yards and scored 3 touchdowns- all in the first half of play! For his effons, Randy was awarded the Balfour Trophy for the second time in his career, making him the only person in the history of the game who has won the award twice.

Trackback https://www.attleboroareafootballhof.com/hof/3419/e59/trackback
Up Down Print
?