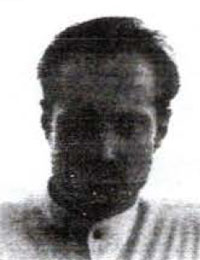 For three seasons at Attleboro High School the rugged Greg Snyder was just as good at clearing the way for Bombardier backs as he was at stopping the opponents in the backfield. Big, strong and intensely competitive, Greg was consistently cited for his great blocking skills that led AHS in 1969 to a brilliant 7-2 season and a Bristol County League Championship. However, linebacker Snyder was even more outstanding on defense. A devastating tackler and tremendous pass defender. Greg consistently stopped opponents' drives with key plays. In a tough 8 to 7 win over Stang, the alert Snyder intercepted a pass off a fake field goal to preserve the victory. A first team All Bristol County League selection in 1969, Co-Captain Synder was best described "as a 6'0" 190 lb. linebacker respected by all who know him as a ferocious competitor on the football field and a gentleman off."

Trackback https://www.attleboroareafootballhof.com/hof/3024/80d/trackback
Up Down Print
?