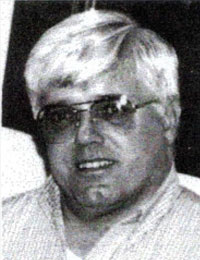 During the 1958 and 1959 seasons, Joe Stewart combined with Hall of Fame tackle Bob Minor to form one of the most effective guard/tackle combinations in Bombardier history. As a senior, Stewart led a very talented AHS team through a brilliant 7-1 season that was dominated by Attleboro's powerful line play. As an offensive guard, Stewart was a devastating blocker with superb technique and quickness who could beat his opponent at the line of scrimmage or pull out and lead the Bombardier end sweeps. Attleboro's high scoring offense consistently gained big yardage and wore down the opponents lineman by repeatedly running the same play behind the outstanding blocks of All County right guard Joe Stewart.

As a classic defensive linebacker, the soft-spoken Co-Capt "led by example" and earned the great respect of his teammates and opponents. Joe was a tough, fearless tackler who could punish ball carriers at the line of scrimmage or use his great speed to roam from sideline to sideline and drop back to intercept passes.

In 1959, Stewart was recognized for his outstanding season as Attleboro's only unanimous first team All Bristol County selection by the Fall River Herald. the Taunton Gazette, and the New Bedford Standard Times.

Trackback https://www.attleboroareafootballhof.com/hof/2998/2c4/trackback
Up Down Print
?