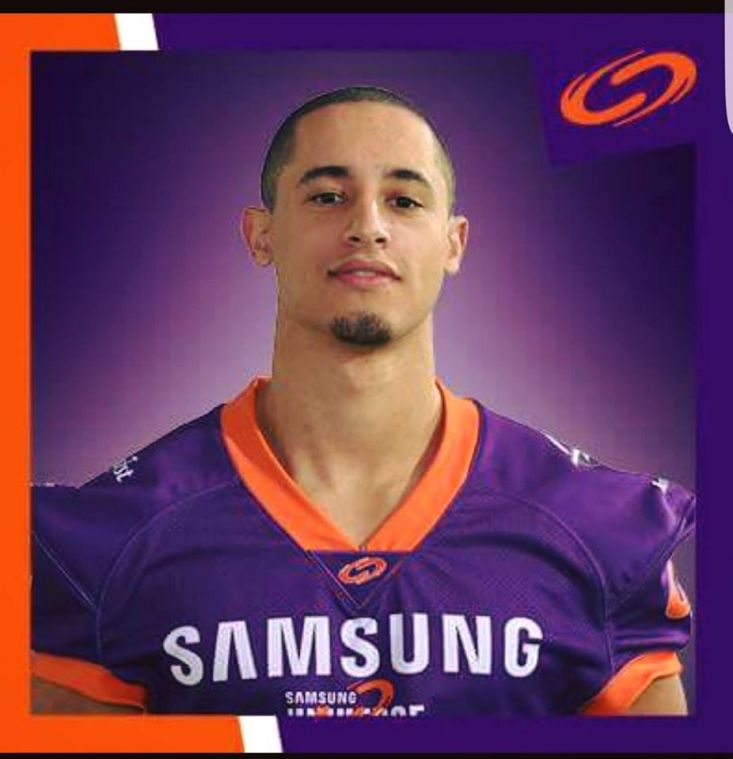 During the 2008 Thanksgiving Day game vs. North, a sophomore defensive back made an interception for AHS in the end zone stalling an opening 2nd half drive by the Big Red that would have given them a three-touchdown lead. That interception turned momentum for the Blue Bombardiers and would eventually set the stage for an AHS Turkey-Day victory. That play was a sign of many highlights for the ultra-talented Robitaille over the next two years for his junior and senior seasons. During his junior season, the QB and defensive back was the offensive catalyst in a 50-42 shootout AHS victory over New Bedford. On that day, he threw for TD’s of 64, 67, and 53 yards, running for an 8-yard touchdown, and three 2-point conversions. His defensive prowess was on display against Durfee where he had a 90-yard interception return for a touchdown. Coming into his senior year, Robitaille was one of the top and most feared players returning in the area. The senior Captain did not waste much time in showing AHS fans what kind of season Robitaille was going to have. In a 49-14 opening night win over Bishop Feehan, Nate had 226 yards passing, three passing touchdowns, as well as an 80-yard kickoff return for a touchdown. In one of the most memorable games in recent AHS Football history, Robitaille was a one-man wrecking crew against an always strong Foxboro team. In the 4th quarter of that game, Nate had a 16- yard TD run, a 28-yard passing touchdown, a 2-point conversion rush, and the game winning 8-yard touchdown pass with no time left on the clock for a thrilling come from behind 26-21 AHS victory. At the end of his brilliant career, Robitaille amassed 2,148 yards passing, 1,059 rushing yards, 35 total touchdowns, 7 defensive interceptions, and 96 total tackles from his cornerback spot. He was a two-time Sun Chronicle and Old Colony League All-Star. After high school Nate went on to be a three-year starting wide receiver for Stonehill University where he finished as the 2nd all-time leader in career receiving touchdowns. He just finished playing professional football in Germany and is hoping to get his chance of living out his dream of playing in the National Football League. The Attleboro Area Football Hall of Fame proudly welcomes Attleboro High School graduate Nathan Robitaille.

Trackback https://www.attleboroareafootballhof.com/hof/4968/06d/trackback
Up Down Print
?