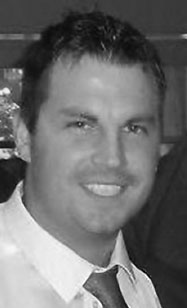 Coming into the 2000 football season for the Attleboro Blue Bombardiers, head coach Cliff Sherman was charged with the task of replacing a group of some of the most prolific offensive weapons in Attleboro’s history. Players like Matt Warchol, Nick McNamee, Tim Slowey, and Seth Lopes had lit up scoreboards for AHS in the past two seasons, so Coach Sherman was looking for somebody to fill that void. Andrew Robitaille was more than capable of helping fill that loss of offensive firepower

As a sophomore, Robitaille was primarily a member of the special team units. But coming into his junior season, he was being counted on for much much more. Robitaille from game one was seen as AHS’s #1 receiving threat, their weakside corner that would usually cover the opposing team’s top receiver, and punt and kickoff returner. In an early season key league victory over Coyle Cassidy, Robitaille caught 5 passes for 102 yards and a touchdown. In an offensive shootout with a powerful New Bedford team, Robitaille hauled in 4 passes for 98 yards including a 56 yard touchdown and a two-point conversion. “He didn’t have any fear, never came off the field, and was our best all-around athlete”, said AHS head coach Cliff Sherman at the conclusion of his junior season. Elected as a captain entering his senior year, Robitaille was viewed as one of the most dangerous two way players in the entire area. One of Andy’s best all-around games was again against the Warriors of Coyle Cassidy. In a tight contest with AHS leading 10-6 at halftime, Robitaille started the 2nd half off with a bang with a 96 yard kickoff return for a touchdown. He finished the day with six catches for 108 yards. In another game against the Durfee Hilltoppers, Robitaille caught 7 passes for 150 yards, including a 25 yard TD. “He’s as good as any receiver we’ve had”, praised Coach Sherman in a senior season in which he averaged a whopping 17.6 yards per catch.

In two years as a two-way starter for the Bombardiers, Robitaille caught 60 passes for 1,084 yards, and scored 10 total touchdowns. He was a two-time Eastern Athletic Conference, Sun Chronicle, and Pawtucket Times all-star selection, as well as two-time team Most Valuable Player award winner.

Trackback https://www.attleboroareafootballhof.com/hof/4761/c1c/trackback
Up Down Print
?