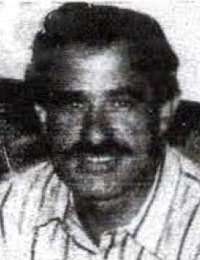 Tom Ruest was a consistent two-way performer for the Red Rocketeers during the 1964 and 1965 seasons. Offensively he was a hard running halfback who was an important part of North's ground game. On defense Tom was scrappy comer back who had a nose for the ball.

During the 1964 season Ruest had one of his best games on Turkey Day. In an upset 22-14 victory over Attleboro Tom intercepted a pass and returned it 35 yards for a touchdown to thwart an apparent Attleboro comeback.

In 1965 Ruest was Co-Captain for the North eleven and was the team's leading ground gainer on offense. In a 20-0 victory over King Philip, Ruest accounted for more than half of North's rushing yards with 78 yds. in 16 carries, and 2 T.D.'s.

Late in the 1965 season Ruest suffered a knee injury. Although he missed two games Tom did return on Turkey Day and helped lead his team to a 14-0 win over Attleboro.

After graduation Tom continued his football career at Dean Academy. He later joined the coaching ranks at Norton High School where he helped guide the Lancers to a division 5 super bowl championship.

Trackback https://www.attleboroareafootballhof.com/hof/3337/00d/trackback
Up Down Print
?