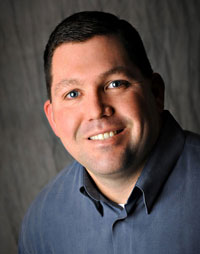 Tough, versatile and competitive – that was Bishop Feehan High School’s stalwart two way tackle Andy Pelletier. At 6’1” 215 pounds, Pelletier was a force in the 1987 and 1988 seasons for Coach Paul O’Boy’s Shamrocks.

At the outset of Pelletier’s’ junior year, Coach O’Boy predicted that “the secret to our success is in the junior class.” Those words proved to be prophetic as Feehan opened with a stunning 18-14 upset of North Attleboro behind the blocking of Pelletier and the passing of Hall of Famer Glen Lindstrom. Pelletier was equally as effective on defense. In a grinding 21-14 loss to Dartmouth, a New Bedford Times columnist observed “Feehan’s brightest spot was the defensive play of junior Andrew Pelletier who made several key tackles to delay the relentless Dartmouth running attack.”

With a Thanksgiving Day victory over Coyle, Feehan finished at 5-5 (4-1 in the EAC) and earned the top spot in the SE Conference West Division.

As a senior, Pelletier was a veritable steam roller, paving the way for a fine 6-3-1 season and a second consecutive SE Conference West Division Championship. Among Pelletier’s best games was a miraculous come from behind 19-19 tie with New Bedford, a game in which Feehan trailed 19-0. Then Pelletier and his teammates shut the door on the high powered New Bedford HS offense while Hall of Fame quarterback Paul Humphrey threw 2 TD’s to fellow Hall of Famer Matt Hanley.

Pelletier’s best and personally most memorable game was a 34-14 defeat of Attleboro where he and the offensive line opened gaping holes for Feehan’s wishbone offense fullback Andy Jones, who rushed 18 times for139 yards. Pelletier states that the most memorable part of the game, however, was the final PAT when his close friend and teammate Andy Stanford, born without arms, successfully kicked the conversion.

For his achievements his senior year, Pelletier was selected as an All Sun Chronicle 1st team Defensive tackle.

An excellent student, Andy went on to Bryant University and graduated with a BS in 1994.  He is currently employed at New River, Inc. as a Network Engineer.  He lives in Windham, NH with his wife Kristen and his three children Matt (9), Kaitlin (7) and Alyse (3).