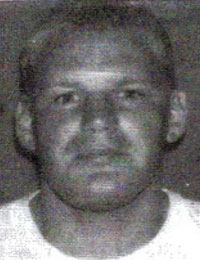 Brian Patch was a 3 year starter for the Red Rocketeers. The rugged tight end- linebacker started as a sophomore at tight end for North in 1975. He scored his first touchdown against Stoughton, and was well on his way to a big game against Attleboro when he was sidelined by a knee injury late in the first half.

The 1976 season saw Brian return as a confident two way performer for new coach Ray Beaupre. Defensively he led the team with 58 tackles from his linebacker position. He had a great game against Mansfield in a stunning 21-20 upset of the undefeated Green Hornets. He was equally impressive against Attleboro in a hard fought 13-7 North Victory. Offensively that same season he caught 7 passes, one for a touchdown.

Brian's senior year started off with some of the same impressive numbers. After 6 game he was the team's leading tackler and he had 8 pass receptions for 117 yards and 1 touchdown. He was also handling the punting responsibilities. During a punting situation against Oliver Ames Brian suffered an ankle injury which ended his high school career.

Although he only played six games in 1977 Brian Patch was selected to both the Sun-Chronicle and Hockomock League All-Star teams. The Sun-Chronicle article said it best. "Brian Patch's Rocketeer mates may have lost 5 games this year, but only when the middle linebacker and tight end was absent from the lineup. Undoubtedly Patch was the most intense defensive player for North - and the units heart."