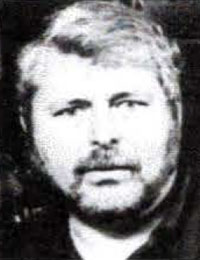 Durable, reliable and tough, George Martell was the "unsung hero" at right guard on Bishop Feehan's first winning season at 6-2-1. Sandwiched between two all league and all state players Center Peter Cosgrove and Tackle Bruce MacDonald, Martell rarely got many, if any, paudits by the press; however, among his teammates, coaches and opponents, his reputation was rock-solid.

At 5'10" 175 pounds, Martell had a body hewn from a block of granite. When Feehan's ground game needed a lift, Coach Chet Hanewich called Martell's number. "43 counter trap" was a sure bet for a Feehan first down, and guarantee trip to the sideline for an unsuspecting tackle. Martell would impale opponents, like a matador on the horns of a bull, and pave the path to a first down with their crumpled bodies.

It was Martell's blocking that opened the door for Hall of Famer Robbie Poirier's final second two point conversion that earned Feehan a hard fought, come-from-behind, first ever 16-14 victory over a tough Mansfield squad. Equally adept at blocking for the pass as well as the run, Martell was one of the key reasons why Feehan's vaunted passing attack was always in high gear. Hall of Fame quarterbacks, Poirier and Shea, rarely got their uniforms dirty when Martell was riding shotgun.

Upon graduation, George attended the University of Rhode Island where he continued to play football.

Trackback https://www.attleboroareafootballhof.com/hof/667/bb7/trackback
Up Down Print
?