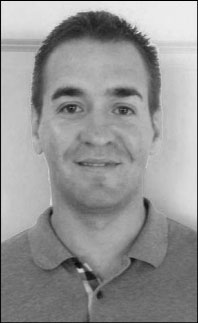 A tremendous athlete, Brian excelled in all three phases of the game as a three year starter for the Shamrocks. Showing his t oughness as just a sophomore, he became the starting safety as well as contributing on all special teams that season. Entering his junior year, his big play capability could not be overlooked by first year head coach Jack Peavey. At 6’3”, Brian had a knack for consistently coming up big when the team needed him most. In a contest versus powerhouse Xaverian, Brian had possibly his best game of the year as the offense lea ned on him with all-stars Scott Connelly and Jeremy Fontaine out due to injuries. He finished that contest with six receptions for 94 yar ds against the state’s best competition, cementing himself as one of the area’s best according to fellow Hall of Famer Jim Petrillo. His junior seaso n ended in a dis- appointing defeat in the Superbowl that only drove him harder in the offseason preparing for his senior campaign.

Entering his senior season with very few starters returning from the previous year’s team, Brian was relied on to step up his g ame even fur- ther and what he did his senior year was remarkable. As a captain and two way starter, the 2001 Shamrocks, lead by MacDonald f inished 11- 0-2 and won the 2nd Superbowl in school history, beginning a string with many more championships to follow.

With a tie to start his senior year against Lexington, Game Two against North Attleboro proved even more important than ever. In a tightly fought contest against a talented North Attleboro squad, the Shamrocks prevailed 14-7. Brian finished with four huge catches i n the game to keep the Shamrocks on the field and the North offense on the sidelines. Aside from keeping the chains moving with his offensi ve numbers, and helping to hold North to a mere 7 points by roaming the field on defense, he accounted for 91 yards in Kick Return Yardage , continually setting up the Feehan offense in good position to start.

After key wins over Bishop Stang and Coyle Cassidy, Feehan had it all come down to a showdown with Attleboro. Throughout the g ame Brian was right in the action from start to finish; he came up with a pivotal fumble recovery, which helped seal the game and gave Bi shop Feehan the EAC Crown that put Feehan in the post season for the second straight year.

Brian and his team were matched up in the Superbowl versus a 12-0 Pentucket team that was favored by most to beat the Shamrocks . In order to win, Pentucket would have to shutdown Brian on offense, and stay away from him on defense and Special Teams. This pro ved to be a task too large as Brian and his teammates dismantled the Pentucket Squad 24-0. Brian led the Shamrocks in all three phases of the game. This capped a three year varsity career, ending as a team captain and Superbowl Champion.

In his time at Feehan Brian also captained the basketball and baseball teams, and he received a scholarship to play football an d baseball at Merrimack College.

Trackback https://www.attleboroareafootballhof.com/hof/4563/e6a/trackback
Up Down Print
?