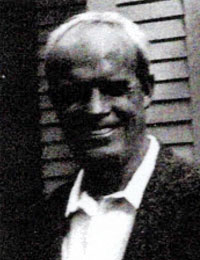 Terry Maloney, a strong two-way player for North in 1960·61, was known for his quickness and agility. Maloney, a converted quarterback, brought athletic talent to an offensive line that opened numerous holes for North's T-Formation offense and anchored a defensive line that made it very difficult for opponents to run the ball inside.His best performance as a junior was in a 16-6 upset victory over a high scoring Mansfield team. ln 1962, Terry led the Rocketeers to a 6·3 season and a Bristol County League Championship. The season included wins over Coyle and Attleboro by the same 8-6 score.After graduation Terry received a football scholarship to Boston College where he continued his career.

Trackback https://www.attleboroareafootballhof.com/hof/3325/d07/trackback
Up Down Print
?