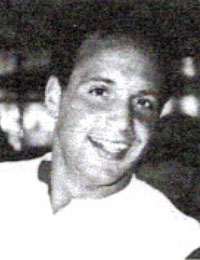 Small by football standards but powered by the heart of a lion, Peter Luongo was a two-year starter at fullback and linebacker for Bishop Feehan. Playing on an injured ankle, Pete nevertheless scored 11 touchdowns in his senior year. A punishing defensive force, he averaged 10 tackles per game, and chalked up 12 unassisted tackles against Wareham in his junior year. In that same game. he scored three touchdowns, as he did on Thanksgiving Day against Coyle in 1983-a performance that earned him the Balfour Trophy. An All Sun Chronicle and Southeastern Conference All Star as a senior, Pete went on to play college ball at Springfield. A complete. unselfish player. he captained the Shamrocks in his final year.

Trackback https://www.attleboroareafootballhof.com/hof/2802/7d7/trackback
Up Down Print
?