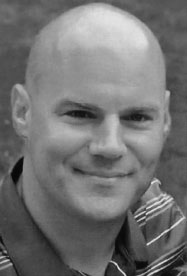 During Jason Lawton’s sophomore and junior years playing for AHS, his teams combined for a record of 1-18-1. It was a tough stretch for Blue Bombardier football, and it would take a special group of young men to lead the football program to better times. That task started with finding leaders among players who can inspire his teammates to work towards success, and no player was better qualified and skilled than AHS captain Jason Lawton.

In Jay’s junior year, he was a starting fullback and linebacker where he gained the valuable experience he would use to lead his teammates for his senior campaign. At 5'10", 180 lbs, Jay showed his versatility in his skills as a fullback when he would at times play the role of bruising blocking lead back for HOF running back Shane Sackett out of head coach Dale Caparaso’s wishbone attack, but also playing more of the speed back as the fullback when AHS switched formations to the Wing-T offense. In a hard fought contest against an always physically tough Durfee squad, AHS found themselves down 9-0 at the close of the 1st quarter. Attleboro was able to start moving the ball on the ground and found the end zone with a TD run by Lawton, then a 2nd touchdown from Shane Sackett following Lawton’s typical key block that gave AHS the lead. It was more of the same in the 2nd half as another touchdown from Lawton helped seal a 26-9 victory. For the season, Lawton ran for 400 yards and scored six touchdowns. He was equally as talented on the defensive side of the ball from his linebacker position. For two years he had played primarily as an outside linebacker, but a mid-season injury to teammate Mike Coleman forced Lawton to play middle linebacker in Attleboro’s 4-3 defense. All he did from that is lead the team in tackles averaging an astounding 12.5 per game, four sacks, four forced fumbles, one fumble recovery, and a blocked punt.

As a senior, Jay was selected as an all-star for the Eastern Athletic Conference, Sun Chronicle, Pawtucket Times, Boston Globe, and was voted team Defensive Most Valuable Player for the 7-3 Blue Bombardiers. Former coach Dale Caparaso remembers Lawton in this way. “Jason Lawton was a role model for everyone he came in contact with. He has tremendous leadership skills, the unique ability to overcome adversity, and the love and respect for every life he touches and someone I wanted my own son to model as he grew up”. He joins his brother, AHS alum Chris Burns in the Attleboro Area Football Hall of Fame.

Trackback https://www.attleboroareafootballhof.com/hof/4755/b73/trackback
Up Down Print
?