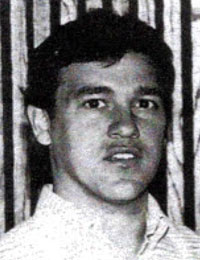 Mike was North's starting quarterback during the seasons of 1974 and 1975. His ability as a ball handler and his quiet confidence as a field general enabled Mike to lead North to an undefeated 11-0 season and a super bowl victory in 1974, the most successful season in Red Rocketeer history.

Kummer received his first real taste of varsity action as a sophomore. During North's first super bowl appearance in 1973, Mike replaced an injured Jack Rioux and performed admirably in the pressure situation.

The following year Mike took over as North's starting quarterback. He threw for 8 touchdowns, an impressive statistic for a wishbone quarterback. He also carried the ball on the option 65 times for 404 yards and 8 touchdowns. He finished his junior year by leading North to their second straight super bowl victory and an 11-0 season.

As a senior co-captain, Kummer guided a team which suffered great losses through graduation, to an impressive 7-2-1 record. He rushed for 5 more touchdowns and threw for 2 others during the '75 season. During his tenure as North 's starting quarterback the Red and White compiled an impressive 18-2-1 record, and at one point enjoyed a 22 game winning streak.

Trackback https://www.attleboroareafootballhof.com/hof/3375/46e/trackback
Up Down Print
?