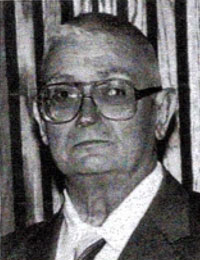 Bill Kummer made exceptional contributions to the North Attleboro student body and its athletes during his more than 30 years of service to the town's educational system. An outstanding lineman in his schoolboy days at Taunton and later at Wagner College, Bill joined the North High faculty as a teacher coach , and contributed materially to the successes the Red Rocketeers enjoyed over a long span of time. In his diverse roles as teacher, coach, counselor, and friend to hundreds upon hundreds of North players and others in the student body, Bill made a positive, lasting impression on a whole generation of North Attleboro young people, not the least of whom were his two sons, both Attleboro Area Football Hall of Famers.

Trackback https://www.attleboroareafootballhof.com/hof/2601/a8b/trackback
Up Down Print
?