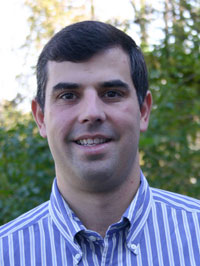 The 1980’s were the “Wishbone Years” of Bishop Feehan Football. During this period, skillful quarterbacks such as John Ross, Steve Judge, and Glen Lindstrom cleverly engineered the Shamrocks’offensive scheme, however, no one ever ran it more productively than Paul Humphrey in the 1988 season. Bolstered by a powerful offensive line, a pile driving fullback, and two quick halfbacks, Humphrey consistently baffled opposing defenses with his split second decisions, deft ball handling, and quick feet.

While not even starting in the season opener, Humphrey came off the bench in the second half, never came out for the rest of the year, and had a season “for the ages.”

In leading one of Feehan’s most powerful teams ever to a 7-2-1 season there were several memorable moments for the 5’10, 145 pound QB from North Attleboro. Foremost among them were a three-touchdown performance against Bishop Stang that featured a 60 yard scamper with 30 seconds left before halftime. Down 19-0 against a formidable New Bedford team, Humphrey led an amazing second half comeback where he threw a TD pass to Matt Hanley and scampered 70 yards for the tying score with just two minutes to go. So consistent was his play in directing the Wishbone attack that, when not handing the ball to fullback Mark Jones or pitching to halfbacks Mike Ingrahm and Dereck Wessman, Humphrey scored a rushing TD himself in all ten games that season.

In addition to directing the offense, he also quarterbacked the defense from his safety position. In this capacity, Humphrey made several TD saving tackles and also came up with the timely interception. With respect to the latter, he had three picks in a game against Barnstable and two in the intercity championship contest with Attleboro.

Yet in typical Humphrey fashion, among his favorite high school football memories he lists being the holder for physically disabled kicker Andy Stanford’s PAT against Attleboro, a play so dramatic the whole Feehan team rushed onto the field and carried Andy to the sidelines and there wasn’t a dry eye among Feehan supporters. Paul also wrote: “My Dad came to every game I played at Feehan including JV games on Monday as far away as Falmouth and New Bedford. He was at every one, Home and Away.”

Paul married his high school sweetheart, Laura Lopes, herself an outstanding athlete while at Feehan. Residing in Cohasset, MA, they are the parents of three beautiful children.

Trackback https://www.attleboroareafootballhof.com/hof/753/de6/trackback
Up Down Print
?