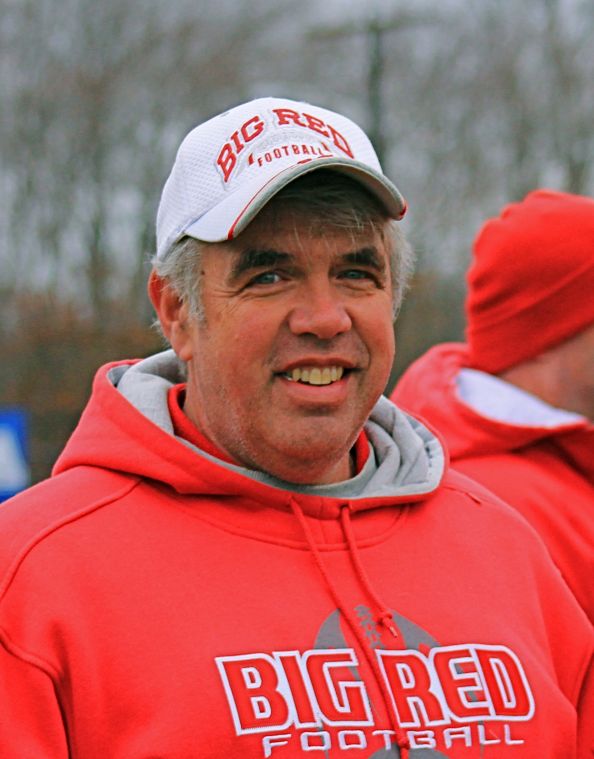 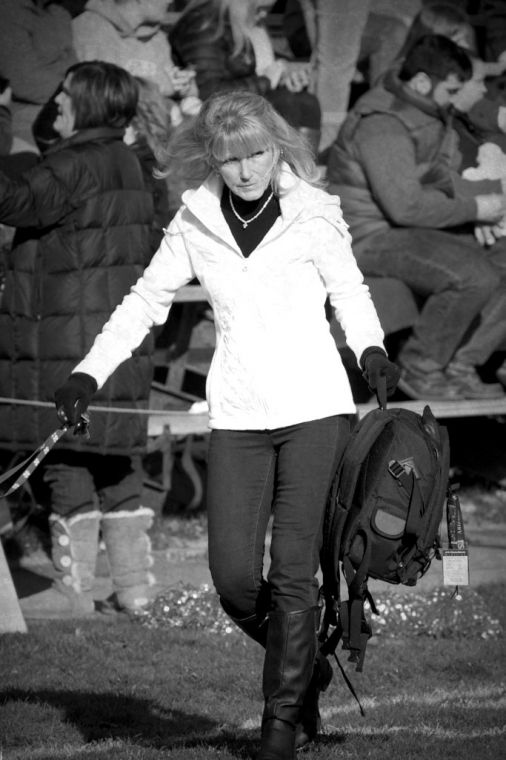 Over the past eighteen years, the husband & wife tandem of Wayne and Patty Hitchcock have left an indelible mark on the North Attleboro High School football program with their unending willingness to volunteer their time and talents. To the Red & White coaching staff, the Hitchcocks embody the word loyalty, and through their actions they epitomize what has been the backbone of the great tradition of Big Red Football for decades – men and women devoted to the success of the Red Rocketeer team, while never seeking recognition for themselves.

Patty has been a five-year member of the NA Gridiron Club, serving as Vice President for two of those years, and she has been responsible for all the photography necessary for the team’s Game Day Program since 1999. However, it is in her role as Team Photographer since 2000 where Patty has had her greatest impact, roaming the fields, photographing the games, and providing literally thousands of photos each season that helps preserve lasting memories for players, coaches, parents, cheerleaders, and grandparents. “The tremendous joy it has brought me far outweighs the inclement weather and occasional dodging of an oncoming halfback. I can’t even begin to count the number of heartfelt Thank You’s I’ve received over the years”, reflected Patty.

As a member of the 1974 undefeated Super Bowl championship team and a ’75 graduate, Wayne’s history with the Red Rocketeers runs deep. He began volunteering as an EMT in 2000, working Freshmen and JV games while assisting trainers at the varsity games. In addition to his EMT duties Wayne has helped supervise Captain’s practices, spent weeks with the team when they use to travel out of town for preseason camp, and assisted players and coaches with everything from broken equipment to taping of limbs. Having always loved the game of football, Wayne gets a great deal of pleasure watching young players become young men over the course of their high school careers. “It always amazes me how grateful they are for even the smallest gesture of help and assistance. I have witnessed heartbreaking, season-ending injuries that I thought might crush the spirit of some of these young men, only to see them, through the encouragement and camaraderie of their coaches and teammates, rise above it”, says Wayne.

True to their nature, the Hitchcocks look upon their Hall of Fame induction as a very humbling honor. Their experience of volunteering for the Red & White has provided them a lifetime of memories, helped form lasting friendships with the men and women involved in Big Red football, and fostered a sense of acceptance as a valued, respected member of an extended family.

Wayne and Patty Hitchcock are shining examples of the many selfless individuals who have dedicated years of their lives so that new generations of student-athletes could enjoy the Big Red experience year after year, and the thousands of people whose lives they’ve positively impacted will be forever grateful. The Attleboro Area Football Hall of Fame proudly welcomes them both as 2016 Honorary Inductees.

Trackback https://www.attleboroareafootballhof.com/hof/4912/546/trackback
Up Down Print
?