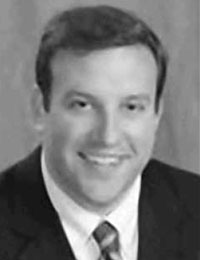 The success of many outstanding high school football teams is often credited to the ability of its offensive players in the skilled positions. However, more often than not these successful teams will undoubtedly include terrific line play on one or both sides of the ball. At 6'1" and 275 lbs, Sean Hogan was a strong two-way performer who combined strength and quickness to dominate his opponents while helping lead North High to 17 wins during the 1993 and 1994 seasons.

The ’93 Rocketeer squad was one of the school’s most successful and talented teams under Head Coach Ray Beaupre, finishing the year with a perfect 11-0 record, a Hockomock League title, and the Division 3A Super Bowl Championship. As a junior Sean recorded 48 tackles, 10 assists, and 4 sacks as part of a formidable defensive line alongside Hall of Fame defensive ends Jon Bourbeau and Sean Cryan. The Rocketeers limited opponents to just 9 points per game on average, which included successive shutouts of league powers Stoughton and Mansfield, and in a dominating 42-7 Super Bowl win over Whitman-Hanson Sean and his defensive unit completely shut down the opposition. “He’s a very agile kid for his size”, noted Beaupre after Hogan was named as the only junior in the league to the Hockomock All Star team. “He’s the epitome of a high school nose guard – very unselfish, very unassuming, but also very physical and very tough.”

As a senior offensive guard in 1994 Sean anchored an inexperienced line that was depleted to graduation. He was a dominating drive blocker, particularly effective in one-on-one situations while carving open holes for Hall of Fame running backs Mark DeBiasio and Brian Droney. Although the Big Red managed just six victories that season, Sean continued his two-way prowess with an additional 38 tackles, 2 sacks, and a fumble recovery as North limited 6 opponents to 1 TD or less.

For his impressive career Sean was selected as a two-time Hockomock League and Sun Chronicle All Star, as well as a Shriners All Star Football Classic participant. He went on to play defensive tackle for four years at Colby College, and earlier this year Sean was also inducted into the North Attleboro High School Wrestling Hall of Fame.

Trackback https://www.attleboroareafootballhof.com/hof/2438/97d/trackback
Up Down Print
?