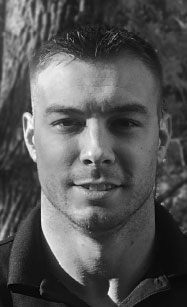 As a senior, Garrett Vandette carried the ball 111 times for 854 yards and 11 touchdowns while also catching 8 passes for 154 yards and 2 more touchdowns. Defensively, he notched 34 tackles and 6 assists while intercepting 4 passes for 169 yards and a touchdown. While everyone kicked away from the speedster, he still managed to bring one back for a touchdown. He was also the only returning starter.

Over his career, he touched the ball 157 times, averaging 9 yards per touch and scored 17 touchdowns. Defensively he totaled 58 tackles, 10 assists and 5 interceptions, one for a touchdown. He also forced and recovered a fumble in the final minute of the Mansfield game, relieving the team of a potential loss. He averaged 29 yards per kick return, bringing two back for touchdowns. Solidifying his statistics is this: In the 157 times he handled the ball, not a single fumble.

In his senior season, Vandette anchored a team that remained unbeaten over the last 10 games en route to a thrilling 44-40 state championship victory over Swampscott. Vandette saved his best for last, gaining 184 yards on the ground while catching one pass for a touchdown. The memory that sticks out most for Garrett that year is hoisting the State Championship trophy high on a colder than frigid December night on the Worcester State turf.

Garrett was the ultimate team player, a leader on an off the field who spent countless hours in the weight room and on the track. He was the type of kid who would trade all his touchdowns if it meant getting a victory for the team.

He was an All-Star for the Hockomock League, Boston Globe, Boston Herald and Sun Chronicle. He was the 2002 Big Red Offensive MVP and named “player of the game” six times. His work ethic earned him North Attleboro’s prestigious Thomas Bury Award. Garrett also represented North in the Massachusetts Shriner’s Classic. Vandette continued his football career at Worcester Polytech. Garrett now joins his older brother Mark as a member of the Attleboro Area Hall of Fame.

Trackback https://www.attleboroareafootballhof.com/hof/4794/0cb/trackback
Up Down Print
?