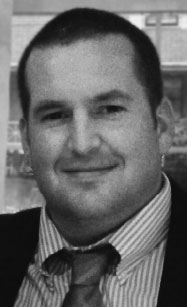 One word comes to mind when you hear the name Tryon… tough. Pat Tryon was the anchor of a dominating defensive line. Over his junior and senior seasons, Tryon was a mainstay on a defense that allowed only 9 points per game. Bear in mind that the majority of those points were given up after Tryon’s night was done. That defense amassed 50 turnovers, 30 fumble recoveries and 20 interceptions. Of those, 5 were recovered by Tryon while he forced many of the others. The defensive backfield during those seasons will agree, many of those interceptions can be attributed directly to Tryon’s pressure on the quarterback.

In his senior season, Tryon tallied 25 tackles, 8 assists, a fumble recovery and 2 sacks. Junior year was just as impressive with 26 tackles, 7 assists and 4 fumble recoveries. Teams were forced to run the ball in the other direction and throw the ball quickly. The rest of the team’s statistics were bolstered by the mayhem he would cause. Equally adept at run and pass defense, Tryon could “bullrush” over the line or spin off a block and chase down a running back. You can count tackles and assists, but there is no statistical calculation that can justify how much Pat Tryon influenced every football game he played in.

Pat was a team player. In the 2000 season, Foxboro ended Big Red’s 38 game win streak. That year, the juniors made a promise to those seniors that they would come back the following year and get a win against Foxboro for them. Led by Tryon defensively, Big Red notched one of their 3 shutouts, securing that victory 21-0. That’s the type of kid Tryon was. When something needed to be done, a big play needed to be made, Tryon was always the man for the job and never once expected or wanted recognition. To him, he was simply doing his job.

He earned the Balfour Trophy as the defensive player of the game on Thanksgiving. He was a Hockomock League and Sun Chronicle All-Star. He was also selected to play in the prestigious Massachusetts Shriner’s Classic. After high school, Pat attended Mass Maritime and started all 4 years on the defensive line.

Trackback https://www.attleboroareafootballhof.com/hof/4791/8c4/trackback
Up Down Print
?