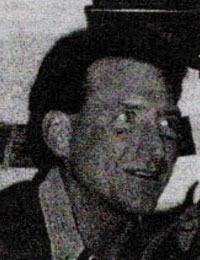 Rick Summersall was a Tri-Captain for The Red Rocketeers during i:he 1971 season. At 5'10" 170 pounds, he was a two-way starter. As an offensive lineman, the versatile Summersall split his time between center and guard. When North was on defense he was one of their standout performers as a defensive end.

Rick gained valuable defensive experience as a junior, and also had his most memorable moment as a High School athlete. Late in the game against Mansfield with the score tied 0-0. The Hornets controlled the ball on their own 45 yard line. The Mansfield quarterback dropped back to pass, was hit and the ball came loose right into Summersall's arms. He galloped 35 yards to paydirt for the winning score with less than two minutes left on the clock.

During his senior season Rick anchored a young offensive line. Being one of only five seniors on the team, his experience was instrumental in leading the Rocketeers to a strong finish after a 1-4 start in the Hockomock League.

In the sixth game of the season, North's offense finally got on track. The offensive line dominated leading the red and white to a 20-0 victory over King Philip.

Going into Turkey Day North had won 2 of its last 3 games. In a heartbreaking come-from-behind effort, North fell short by inches in a 14-8 loss to the blue and white. Summersall was outstanding on both sides of the ball. No one would realize it at the time, but this season ending spurt by the '71 Rocketeers would be the start of 25 years of success for the North football program.

Rick Summersall presently resides on the Cape with his family.

Trackback https://www.attleboroareafootballhof.com/hof/3349/85c/trackback
Up Down Print
?