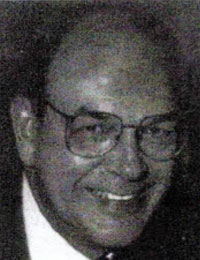 In 1973 Dr. Daniel DeYoung began voluntarily assisting fellow Hall of Fame Honorary Member Dr. Maurice D. Grant as North Attleboro team physician. Not so coincidentally, this marked North's first Super Bowl appearance and began an era of unparalleled success that North still enjoys. For the past 24 years, he has monitored the health and well-being of literally hundreds of young men who have donned the Red & White.

Each year Dr. DeYoung has faithfully taken time out of his extremely busy schedule to perform the annual preseason physical gratuitously for the approximately one hundred boys involved in the football program. Throughout the season, it is not uncommon for him to begin surgery at 6 AM on a Friday morning, emerge at 6 PM and arrive at Community Field for a 7 PM kick-off. Dr. DeYoung has always been a personable, caring team physician, who has taken the time to get to know the kids and has always appreciated the student-athletes' perspective. He understands the often overzealous nature of high school athletes, and he has always kept their best interests at heart. He helps them to return to action as quickly as possible but never allows them to compromise their own health.

At the core of any successful program lies a spirit of giving that places the success of the group above personal recognition. Dr. Daniel DeYoung epitomizes this spirit in the North Attleboro Football program. Through these years. what Dr. De Young has given to the program at North Attleboro far outweighs that which he has received. For your many years of selfless commitment and devotion to the scores of football players at N.A.H.S., the Attleboro Area Football Hall of Fame welcomes you.

Trackback https://www.attleboroareafootballhof.com/hof/2623/947/trackback
Up Down Print
?