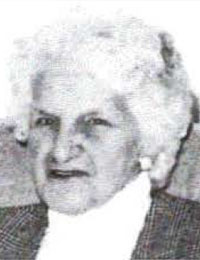 For the last 47 years the trophy affectionately known as "Hilda" has been residing in the trophy cases of North Attleboro and Attleboro High Schools. The winner of the Turkey Day Classic earns the right to display this renown piece of hardware until the two teams meet again the following year. There have been times when she has been able to settle in and make roots in one location, but there have also been times when she is constantly on the move.

Research has found that the trophy was donated in 1950 by former North Attleboro businessman Robert Romero. Three years later the trophy was given the name Hilda. It all came about when a group of North Attleboro football mothers decided that it would be great for team spirit to get the team together for a pre-game breakfast. One of the mothers, Hilda Gay, mother of Hall of Famer Clark Gay, offered her home for the first breakfast in the fall of 1952. A tradition was started and continues 'til this day. The following year members of the 1953 North High squad decided that to honor Mrs. Gay for her hospitality that the trophy should be named 'HILDA'. Little did they know that the name and the trophy would become part of the Great Thanksgiving Day tradition in the Attleboros.

Trackback https://www.attleboroareafootballhof.com/hof/1965/a99/trackback
Up Down Print
?