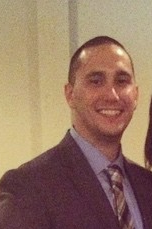 In summing up John Farroba’s career, Coach Don Johnson says it simply: “In short, he was a winner.”

John was a nightmare for opposing offenses. He was a fierce defender against the rush and the pass. Early on, one thing was clear about John: he was going to make plays. As a sophomore, Farroba tallied a modest 28 tackles with five assists and a fumble recovery. His junior year was when the Rocketeers realized what they had in their secondary. He posted 34 tackles with 11 assists. While those statistics are valuable, they don’t illustrate where John made his impact. His awareness and understanding of the game allowed him to make big plays. From his safety position, he managed seven quarterback sacks and recovered two fumbles. On top of that, he intercepted two passes, both of which he returned for touchdowns. He was the quarterback of a defense that held opponents under 150 yards and one touchdown per game.

After such a dominating junior year, the rest of the Hockomock league was forced to steer clear of the senior captain. While balls were rarely thrown his way and rushes were directed opposite his alignment, he still chased down 20 tackles and racked up 7 assists. He always found his way to the ball. For his career, Farroba finished with 82 tackles, 23 assists, three fumble recoveries, seven sacks, two interceptions and two defensive touchdowns. When he was called upon offensively, he delivered in usual fashion carrying the ball 29 times, averaging over 6.5 yards per carry with a touchdown.

Truly a team first player, John’s fondest memories are very simple: playing football with his best friends every day. Outside of academia, his life revolved around football. He was always working to better himself and his teammates. A memorable moment for John was beating Foxboro, something he had not done since Pop-Warner. After a hard-fought victory, he will never forget the sight of the clock hitting zero and storming the field with his best friends. Perhaps his favorite memory was his last of high school football: taking home Hilda on Thanksgiving Day, capping off a tremendous career and celebrating with his closest friends.

Coach Johnson had this to say about Farroba, “He was smart, tough and could do it all. On defense, he was a physical safety with good instincts.”

John finished his high school career as a team captain, a Hockomock League All-Star and Sun Chronicle All-Star. He was also awarded the team’s Defensive M.V.P. What he takes the most pride in, was being selected for the L.T.D Award, given to the player who best exemplifies the necessary traits of Loyalty, Toughness, and Discipline.

Farroba continued his ways in college, becoming a valuable asset in Bridgewater’s secondary. True to his character, John was once again voted by his peers to be a team captain his senior year. In 2010, he was the team’s defensive M.V.P., Second Team All-Bogan Division and recipient of the Tom Cook Scholarship. John currently resides in Attleboro with his fiancé Kathleen

Trackback https://www.attleboroareafootballhof.com/hof/4955/947/trackback
Up Down Print
?