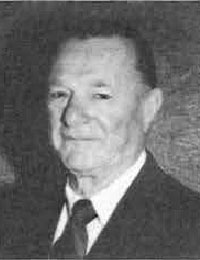 Lenny Driscoll was a premier performer on one of the best Red Rocketeer teams of the Thirties, the star-studded 1937 eleven that ranks among the all-time great North aggregations. Tall and slender, Lenny anchored the right side of the North line and teamed with Leon Peao to give North a tandem of ends described in the local press of that era as the best of the decade.

The team's defensive performance included four straight shutouts at the beginning of the 1937 campaign. The team allowed no more than six points in any game that season, and wound up undefeated and tied at 6-6 only by an inspired Attleboro team on Thanksgiving Day.

Besides his ability to turn running plays inside from his spot at right end, Lenny was a fine offensive performer, blocking effectively for the Halls and Jerry Bozzo and occasionally snaring a pass to help give the team the advantage of a versatile attack, one which ran up 27 points against Canton and 25 against Dartmouth.

A standout on a standout team, Lenny Driscoll deservedly takes his place among the excellent schoolboy linemen enshrined in the Greater Attleboro Hall of Fame. A two-year starter. he was described by a press observer as one of the indispensable members of the North Attleboro teams of that era.

Trackback https://www.attleboroareafootballhof.com/hof/3255/6a4/trackback
Up Down Print
?