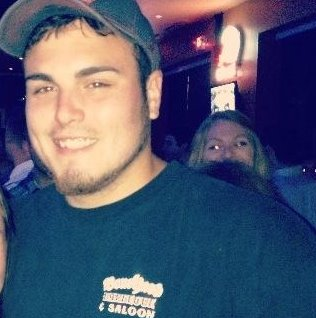 Mike D’Attilio was a standout offensive and defensive tackle for Head Coach Kurt Kummer’s Red Rocketeers in 2007 and 2008. His quickness and punishing style was noticed by all that saw him play and was a welcomed sight for Big Red ball carriers that followed his blocks.

At 6’1” and 230 lbs., D’Attilio was a two-year starter at offensive tackle and he wasn’t someone you wanted to see lining up in front of you. D’Attilio anchored a Big Red offensive line that was dominating on the ground. In his two years at offensive tackle, the Red Rocketeers rushed for over 4000 yards (5.5 yards/carry) and 51 touchdowns. Twice in his senior season, Big Red found themselves in large holes at halftime only to comeback for victories behind excellent offensive line play. The comeback against Foxboro (trailing 14-0 at the half) was behind the run blocking and the comeback against King Philip (trailing 17-0 at the half) was in pass protection and Mike D’Attilio was right in the middle of it. Said coach Kummer, “he’s the best lineman in the league this year.”

D’Attilio’s success wasn’t limited to the offensive side of the ball. Like most of the talented lineman to go through the Rocketeer program, Mike was a force to be reckoned with defensively as well. In his senior season at defensive tackle, he was credited with 29 solo tackles, 5 assists, and 5.5 sacks. He was able to disrupt opposing offenses with speed and strength, helping to create 17 takeaways for a Rocketeer defense that allowed only 9.7 points per game.

Coach Derek Herber aptly describes Mike’s contribution, “Mike was a great two-way lineman with excellent size and athleticism. He was a versatile lineman who had the speed and agility to pull on counters, and the size and toughness to block down on the big guys inside as well.”

For his efforts as a senior, Mike was selected as a Sun Chronicle and Hockomock League All-Star and as a participant in the prestigious Shriner’s Classic. He also was selected as the team’s defensive MVP and the Paul Sullivan Offensive Lineman award winner.

Trackback https://www.attleboroareafootballhof.com/hof/4965/fad/trackback
Up Down Print
?