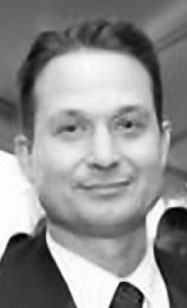 At 5'7" 150 pounds, Mark Croteau was a bit undersized, but he made up for it with exceptional quickness and a toughness that is a trademark of Big Red football. Whether it was as a defensive back or a running back, opposing coaches needed to know where Mark Croteau was on the field.

As a junior, Mark found himself in a crowded backfield with three future Hall of Famers so he found his way onto the field primarily on the defensive side of the ball. Croteau started at defensive back where he was in on 26 tackles and recorded two interceptions to help Big Red reach the Super Bowl for the first time since 1974. In his limited time on the offensive side of the ball, Croteau showed glimpses of what he would become with a heavier workload. Mark averaged nearly 5 yards per carry and 30 yards per reception.

After playing only limited snaps on offense as a junior, Croteau finally had a more prominent role and he didn’t waste any time. Under the lights at Community field, Croteau had perhaps his best performance of the year. He totaled 120 yards rushing with a touchdown, had two catches for 44 yards, and intercepted a pass to help seal a 19-0 victory over rival Bishop Feehan. One person that wasn’t surprised was head coach Ray Beaupre. “His strong suit is his quickness, and he’s a gutty kid, he really can become the big play back for us.”

Croteau certainly didn’t disappoint. There were many big plays in all three phases of the game. Against Mansfield he kept them in the game with a 79 yard kickoff return. In a big win over Stoughton he had a game changing 47 yard interception return for a touchdown just before the half to swing the momentum. In Coach Beaupre’s 100th victory of his career, Mark had consecutive catches of 25 and 54 yards with the latter being a touchdown to help defeat Oliver Ames 23-6.

Mark’s senior year concluded on Thanksgiving with the most lopsided game in the storied history. North Attleboro prevailed 62-14 with Croteau providing another long touchdown. This time it was a 36 yard run to make it 40-6 at the half. He finished the game with 7 carries for 60 yards and one catch for 15 yards.

Mark continued his playing career at Framingham State College where he was a two-year captain under the direction of current Attleboro head coach Mike Strachan.

Trackback https://www.attleboroareafootballhof.com/hof/4785/c45/trackback
Up Down Print
?