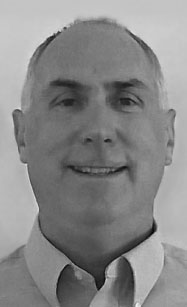 The Sun Chronicle described North High defensive end Jeff Dawes as “a hulking figure on the turf”. Head Coach Bob Guthrie characterized Dawes as a “smart, solid player who never flustered, and always got his job done”. To his friends and teammates, “Dawsie” had the unique ability to keep guys loose in practices and games while simultaneously maintaining a serious focus on the task at-hand….an ingredient all good teams have.

At 6'4", 191 lbs, Dawes was a 2-year starter for the 1972/’73 Red Rocketeers, a stretch that included 17 victories, 2 Hockomock League titles, and the school’s first-ever EMass Div III Super Bowl Championship. Omnipresent to the inside and outside, and possessing a combination of strength and quickness, Jeff was a quarterback nightmare – harassing them behind the line of scrimmage or swatting down their passes, while also preventing opposing offenses from beating him outside his containment on the end. Jeff also had an impressive knack for producing big plays in the team’s biggest games.

In a 31-0 thrashing of Foxboro at Community Field in 1973, Dawes and his D-line mates “spent the better part of the afternoon in the Foxboro backfield, hounding the QB, recovering fumbles, blocking passes, and putting a hex on the Warrior attack”. During the Rocketeers’ epic comefrom behind win over Franklin in front of 4,800 delirious fans and the Panthers ahead 12-0 with just 5:32 remaining and controlling the clock, Dawes nailed a Franklin ball carrier for a one-yard loss on a 3rd and 5 situation. The Red & White offense took over on the ensuing series to begin a terrific comeback to win the rugged battle 15-12.

In the most thrilling Thanksgiving Day game ever in the NA-AHS rivalry in 1973, Dawes pounced upon an Attleboro 2nd quarter fumble at the Bombardier 19 yard line, leading to a North TD pass six plays later and a 7-0 halftime lead. Jeff would later partially block a punt in the game his team would win on the final play of the day to capture the Hockomock title and secure a super bowl berth. One week later against Pope John in the EMass Div III championship game Dawes snuffed out a 3rd quarter fake punt attempt to halt a runner at the Pope John 35 yard line, and he added a 4th quarter sack/fumble recovery in the 48-0 onslaught.

For his outstanding senior season effort Jeff was named to The Sun Chronicle and Hockomock League All-Star teams, and he received a football scholarship from Boston University where he continued his career for another four years.

Trackback https://www.attleboroareafootballhof.com/hof/4780/7b4/trackback
Up Down Print
?