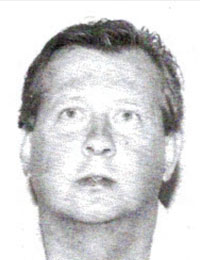 Jim Bodinski helped usher in the wishbone era at North Attleboro High School. The 6', 180 pound fullback was an important cog in an offensive machine that amassed 273 points in an impressive 8-1 season for the Rocketeers. The 1972 eleven's success at running was dependent on having a hard hitting fullback that could keep defenses honest. The fullback position and Jim Bodinski were the perfect match for this offense. Bodinski's final appearance was perhaps his best. In a stunning 28-0 victory over a good Attleboro eleven, Jim had runs of 35 and 76 yards to set-up two North touchdowns and also scored once himself. Jim's performance earned him the L.G. Balfour trophy as the game M.V.P. Jim finished his career at North in the spring of 1973 as the starting catcher for the Red and White baseball team. After graduation he signed with the Boston Red Sox and played in their minor league system.

Trackback https://www.attleboroareafootballhof.com/hof/3351/5b3/trackback
Up Down Print
?