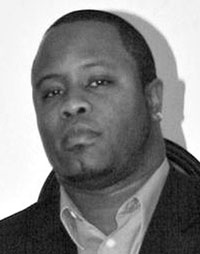 Rob Williams did not get all the headlines, especially playing in the same backfield as Hall of Famer Jason Baker, however, combined the Williams/Baker duo made arguably the best backfield in AHS history. A physical runner and aggressive, smart defensive end, Williams was a three-way threat who also played a pivotal role on special teams as a return man who was always capable of going the distance on punt or kick return units. When teams kicked away from Baker they paid the price as Rob routinely gave Big Blue great starting field position.

During a two game stretch as a junior against Mansfield and Bishop Feehan, Williams ran for 296 yards and 2 touchdowns. After the Mansfield game Bombadier coach Cliff Sherman exclaimed, "Williams is a very tough kid, he's a legitimate football player on both sides of the ball, and tonight he showed what he was capable of doing offensively." During Rob's senior season the Bombardiers won the Eastern Athletic Conference title with a 4-1 record that included a terrific, hard-fought victory over Bishop Feehan, 8-7. In that game an unselfish Williams opened up holes for Baker, and was singled out by Coach Sherman who stated, "He (Baker) is getting great blocking from Rob Williams." Williams also had a key interception in securing the victory. In trouncing Somerset, 28-6, Rob showed his versatility by making (9) tackles from his defensive end position while he and his teammates held the Blue Raiders to minus 11 yards in the second half, and offensively his strong blocking and running enabled the Bombadiers' offense to dominate as well. When Attleboro punched their Division 3 Super Bowl ticket in a decisive 18-6 victory over a talented Dartmouth team, it was Williams and Baker who combined for over 200 rushing yards in windy conditions ("winds gusting 25-40 mph") at Tozier-Cassidy Field. In a physical game against Durfee, Williams, who averaged over 7 yards per rush, had two big first down runs during a clutch fourth quarter drive, then he capped off the drive with a 3-yard touchdown plunge for Attleboro's only rushing TD of the game as the Blue and White defeated the Hilltoppers 22-15 in Fall River.

At the conclusion of his high school career Williams was honored by both the Eastern Athletic Conference and The Sun Chronicle as an all-star for his outstanding play. Rob currently works for the Massachusetts Corrections Department and resides in Franklin.

Trackback https://www.attleboroareafootballhof.com/hof/605/95d/trackback
Up Down Print
?