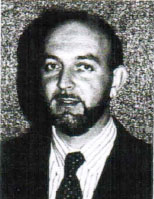 As a three-year starter for the Blue Bombadiers in the early Sixties, AI Zito was a brilliant sparkplug for the Blue and White offense. The diminutive field general was a capable passer and elusive runner who frequently scrambled out of trouble, either to complete his passes or chalk up long gains. As a sophomore, AI won the Balfour Trophy with his late game-tying touchdown pass to Nick Barney. In a 1964 thriller, AI directed the Bombardiers to an upset victory over Durfee. And in a 36-7 Attleboro win over Feehan, in his typical fashion. Zito threw a touchdown pass to a receiver surrounded by defenders deep in the end zone. As a sen ior, AI scored 64 points and earned All-Bristol County honors. An able field general who could both throw and run, AI was a true inspiration to his Bombadier teammates.

Trackback https://www.attleboroareafootballhof.com/hof/3012/e59/trackback
Up Down Print
?