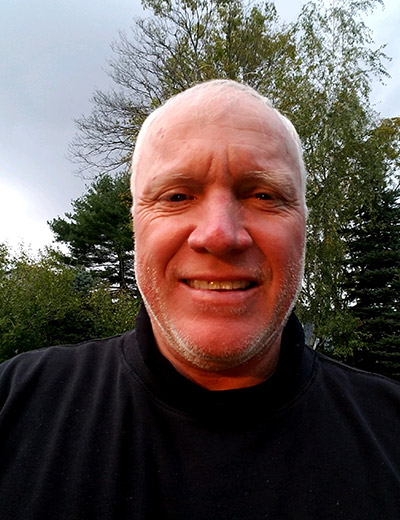 Coming into the 1977 football season, Attleboro High School head coach Tom Crowe had a feeling, although he kept it to himself, he might have a pretty special bunch of players to put together a special season. Led by strong offensive skill players like Steve Lattari, John McNally, Joe Hudson, and Denny Walsh, ultimately it was the Blue Bombardier defense who garnered the headlines week in and week out of that memorable 1977 season for the Blue and White. One of those stalwarts was the tough hardnosed Kevin Cryan. As a two-way standout at offensive end and linebacker, Cryan was being counted on as one of Coach Tom Crowe’s leaders into a competitive schedule filled with some of the toughest teams in Eastern Massachusetts. One of those tough early season showdowns was with the perennially strong Falmouth Clippers team who was an early season division favorite. In a come from behind victory by the Bombardiers, it was Cryan who was the spark who led Attleboro to the comeback. Cryan was on the receiving end of a 20-yard touchdown reception from QB Steve Lattari, and also hauled in the 2-point conversion as well. Trailing by a touchdown, it was Cryan’s interception that set up Attleboro’s 2nd and go ahead score to give AHS the well-deserved win. AHS now ranked 2nd in Division 1, took their undefeated record into game vs Durfee High School. Thanks to a 5-reception for 87-yard performance, Attleboro secured the 20-6 victory setting up the winner take all showdown vs fellow undefeated and #1 ranked Dartmouth High School. Even though Attleboro was on the short-end of 20-0 score, legendary former head coach Carlin Lynch commented to the local media, “Even though we respected their running game, we felt the #1 priority of our defensive game plan was to slow down the receiving tandem of Dennis Walsh and Kevin Cryan”. The focus for the Bombardiers was now locked in on their Thanksgiving rivals from North Attleboro. It was a matchup of a high powered Red Rocketeer offense versus the highly touted Bombardier defense that was only giving up a measly 7 points per game. In a game that lived up to the hype in front of a packed house of 8,000 fans, AHS was triumphant in a 14-13 thriller led once again by the efforts of Cryan and the defense. For end of the season awards and accomplishments, Cryan was not only part of the Sun Chronicle All-Star team, he had the distinction of being the only two-way selection at receiver and linebacker for the prestigious Southeastern Massachusetts Conference Division 1 all-star team. Kevin Cryan is remembered as one of the top performers on a Blue Bombardier team that is regarded as one of the best all-time teams.