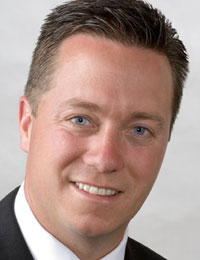 During a three year period of 1985, 1986, 1987 the Attleboro Blue Bombardier's threw more passes than any AHS teams ever had before and wide receiver Jon Daskam caught more passes than any player in Blue and White history. The diminutive and daring receiver combined his good speed, outstanding toughness, and great hands to haul in a career high total of 104 passes for 1389 yards and 11 touchdowns.

In 1987, as Attleboro's prime target, the fleet, sure handed senior had two touchdown receptions in victories over Stang and Somerset, a brilliant 25 yard TD reception in a big win over Feehan, and three TDs in a romp over King Phillip. On defense, the versatile and tough Daskam was an outstanding pass defender and kick returner who was a threat to score anytime the football came in his direction.

As an All Sun District selection in 1987 coach Chet Hanewich stated that "Daskam has great hands and he can catch the ball on the move. His field vision and instincts created many offensive advancement opportunities for us." AHS fans will surely remember the sure fingered Daskam for all his great catches but his teammates and coaches will remember the 5'8" 155lbs.. receiver for his courage and mental toughness.