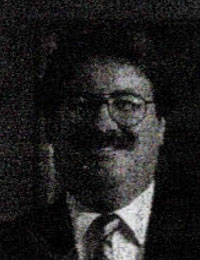 For two seasons in 1972 and 1973, Bombardier Mike Bassis was the best quarterback in the tough Southeastern Mass Conference, while leading AHS to a combined 13-5 record and one Conference Co-Championship. Superbly talented, the 6'3" option style quarterback could devastate opponents with his passing, running and kicking. Bassis had a "coach-like" understanding of the Attleboro offense, the opponents defense and the role of his teammates on each play. His knowledge and skills, combined with a cast of talented teammates, made Attleboro's offense very tough to stop.

The versatile Bassis's career stats reflect his great talent. As a passer he completed 76 of 173 attempts for 1430 yds.- including 12 touchdown tosses and 8 PATs. He rushed for 5 more TD's and 4 PATs. In addition, he caught 1 TD pass and kicked II extra points. In a 29-6 win over Barnstable, Mike completed 5 of 9 attempts for 145 yards and two touchdowns, ran for 84 yards, and kicked 3 PATs. Later, in a big victory over Feehan. Mike rushed for 129 yards and I TD, passed for 121 yards and another score, and kicked 3 extra points. After a 28-8 victory over Taunton, a local scribe compared Bassis's running and passing style of play to the NFL's Roger Staubach.

A first team All Conference selection in 1973, Mike continued his football career at Jersey City College in New Jersey where coach BiJI McKeown declared that "without a doubt, Mike Bassis is the best athlete on our team. Attleboro football fans would certainly agree that Mike Bass is is one of the best ever Bombardier

Trackback https://www.attleboroareafootballhof.com/hof/3046/e4b/trackback
Up Down Print
?